Staphylococcus aureus, or S. aureus, is a major cause of skin and soft tissue infections (SSTIs) in military and hospital settings. S. aureus is the leading cause of hospital acquired infections (HAI), causing an estimated 18,650 deaths each year. Each day, one out of 25 patients in hospitals acquires an infection, and medical scrubs and bedding contaminated with S. aureus are a significant contributing source of these infections.

Methicillin resistant S. aureus, or MRSA, is a strain that has become resistant to common antibiotics. S. aureus is commonly found in combat support hospitals, and with the rise of MRSA, complications from SSTIs can sometimes be fatal. MRSA was found in 46% of S. aureus infections at the combat support hospital at the Ibn Sina Hospital in Baghdad, Iraq. Additionally, about 5% of combat related casualties involve burns, and burn wounds are particularly prone to bacterial infections. Approximately 75% of burn victims suffer from SSTIs, which are the primary cause of death in this group due to MRSA. MRSA is especially virulent, and the mortality rate in the general population for those that have a MRSA infection is 20-50%.

Military clothing, as well as hospital supplies such as scrubs and sheets are often treated with silver based antimicrobial coatings in an effort to reduce the incidence of SSTIs. In addition to questionable effectiveness, these silver based coatings are broad spectrum and also kill beneficial bacteria found in the skin microbiota. 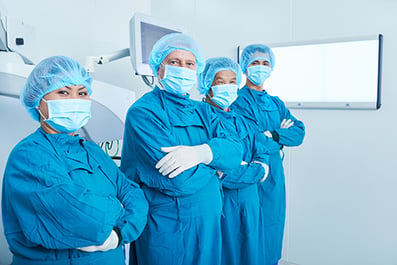 To address these limitations, Giner is developing textile coatings under Army Funding using Phages that are specific to S. aureus. In trials on military fabrics, these coatings have shown a Log 4 kill rate against S. aureus, without harming beneficial bacteria. This same technology can also be applied to hospital garments and bedding.