Rechargeable lithium-ion batteries (LIBs) have become a pervasive source of portable power in our society to the point where it is almost impossible to imagine everyday life without them. Ongoing advances in LIB technology and reduction in cost have helped drive the development and growth of electric vehicles (EVs), and LIBs have helped reduce the load on aircraft power systems. LIBs are also a vital source of power for portable electronics and other military equipment. Despite their ubiquitous use, the highest achievable gravimetric energy density of LIBs (250 Wh/kg cell level) does not satisfy the >300 Wh/kg upper limit requirements for next-generation power source applications.

The lithium-sulfur (Li-S) battery is one of the most promising technologies for next-generation batteries because of its high theoretical gravimetric energy density of 2500 Wh/kg, which is up to 5 times higher than the theoretical value of today’s commercial LIB cells. As a cathode, sulfur is a low-cost and earth-abundant active material with an extremely high theoretical capacity of 1675 mAh/g. Future Li-S cells are estimated to deliver a practical gravimetric energy density of 400 to 600 Wh/kg, which is 2- to 3-fold higher than state-of-the-art LIB cells. 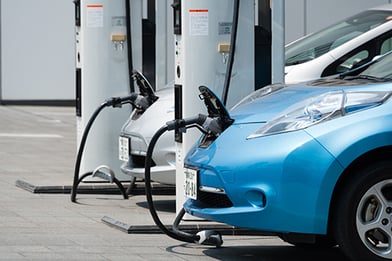 Despite this promise, Li-S batteries have so far not been able to achieve acceptable cycle life, owing to problems caused by the shuttling of dissolved lithium polysulfide (LiPS) species and the instability of the lithium metal anode. These failure mechanisms typically cause Li-S batteries to lose 30% of more of their initial capacity in less than 100 charge-discharge cycles.

In early prototypes, Giner has shown that novel modifications on the sulfur cathode, separator, and the Li anode can stabilize the cycling performance of Li-S batteries over several hundred cycles. Work is ongoing to further improve cell energy density and cycle life performance.